Last week’s tune up for the final major FELT LIKE A WINNER even though T-2 was the result.

But the rest of my team was a steaming pile.

Have at least one other make some noise.

I’d point out that I pretty much swung-and-missed last week but I did mention Jon Rahm in Group 4. Point this out makes me nauseous.

Check out my picks at the RBC Canadian Open here 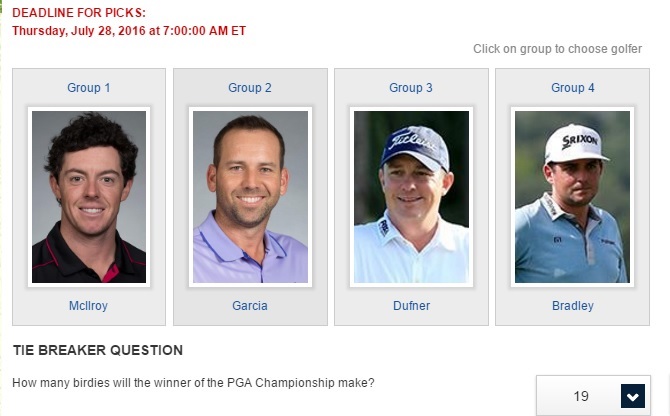 Group 1: There’s no doubt the “safe” pick this week is DJ but DANGER IS MY MIDDLE INITIAL. I make a case for all of the top five in my preview above and there’s not one I’d omit all together. Those of you who are leading need to force the chops trailing, like me for instance, to get outside the box to chase you down. Leading > following.

Group 2: To Phil or not to Phil; that is the question. I’m riding the bigger wave of form this week. If this was the World Cup draw, this would be the Group of Death.

Group 3: If it’s going to be a proper knock this week, Dufner checks the box off the tee and finding GIR. It also doesn’t hurt that he’s lost in a playoff and won one of these prior so he shouldn’t be bothered on Sunday. Andy Sullivan, Gary Woodland or Bill Haas make for alternate programming.

Group 4: Came down to Steve Stricker or Bradley for the final spot. Stricker is the automatic, safety-first, make-the-cut selection but I’m way past that jumping off point.

Don’t be afraid to reach out on Twitter (@MikeGlasscott) or email me (mikeglasscott@gmail.com) for any angles, questions or general buffoonery you might have.`