The Tour stops in Memphis for the 60th time and the 11th-consecutive year as the event used as a tune-up for the U.S. Open

I still found a way to gain 17 spots and break back into the top 100 and that was with completely botching my lineups during the tournament but, hell, I’m used to that.

Gamers will be rewarded for “saving” their pieces who are in the field this week. With this week and two more, it’s go time.

This game rewards managers who exploit tournaments like this because the majors have the best fields; you’ll always find somebody to fill the six spots next week!

I’m going to chuck in a bunch of heavyweights and a flier or two as that is what the leaderboard annually looks like on Sunday afternoon at TPC Southwind. 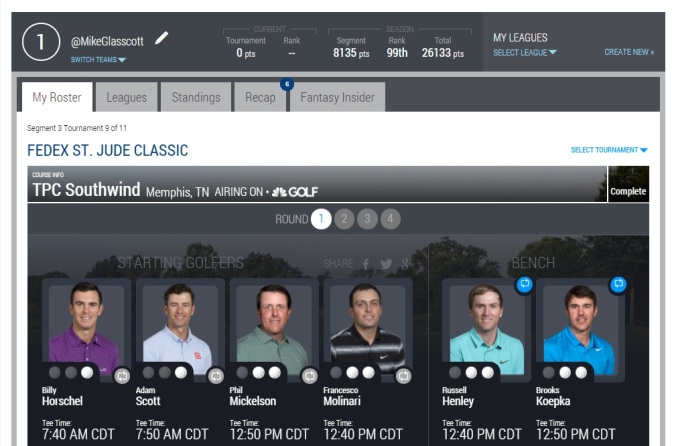