For those of you who would like to dig a little deeper.

Year No. 10 will determine a 10th different champion or the first multiple winner?

The only consolation after last week’s disaster was that nobody in the world had Rod Pampling in OAD unless his wife and kids are in your league. It was nice to get a proper kick in the nuts in Las Vegas as Chris Kirk imploded (75-74) after sitting at 11-under after 36 holes.

Ahhhhhhhhh, the ol’ FALSE HOPE. I argued on Twitter with a few of you if you’d rather have T-40 something or just take your beating and go home Friday night. Most of you suggested any money is better than no money, which is impossible to argue with, but for my sanity, I’d prefer the stress-free weekend.

Dust off some picks. 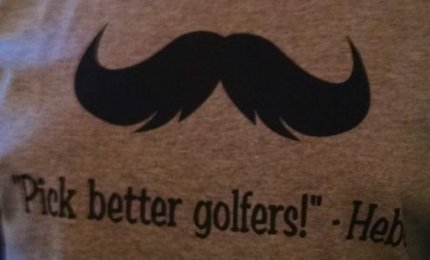 Of the last five winners, four have been course maidens.

Of the nine winners, seven have been 30 or older.

The average winning score is 18.5-under.

Paspalum runs nice and smooth but not over 11′ on the Stimp so plenty of putts should get to and fall in for birdie.

The rough has been grown up this year but shouldn’t bother these dudes one bit at two inches.

Better make birdies and plenty of them. Check the winning scores in my preview here.

Everyone serves a purpose in life even if it is a bad example. I listed my choices last week and decided to leave my top two choices out. Both were Las Vegas residents. Both hit the top 25. Chris Kirk was 11-under through 36 holes and crumbled on the weekend to T-61 with 75-74.

Nine years, nine different winners suggest this field is wide open. With only two winners in their 20’s and one in their 50’s, it obvious that nothing is obvious. Or is it obvious that veteran players, six of nine winners are 30 or older, are the way forward?

If 18.5-under par is the winning average score since the move in 2013 to the fall, we’re going to need some fellas that have no problem making birdies. G-Mac needed 27 of them last year to get into a playoff. And we’ll need some fellas that will keep it on the property and avoid big numbers.

Russell Knox (19) — Should have won last year and his current form is banging.

Jon Rahm (120) — Just a matter of timing this correctly as he’s under par every round every week!

Keegan Bradley (97) — Flying start to the new season and another week on easy greens should continue the streak.

Stratagem: Don’t forget Knox rakes at the Honda or that he’s closed the last two tournaments with 74’s in the final round. Everyone on this list will have another “guaranteed” place down the road besides Rahm and Grillo. Yes, even Keegan Bradley. Grillo gets the nod this week because he’s proven that a bit of travel doesn’t bother him and he’s already tasted blood on Tour. I don’t think there’s a bad choice of the group above so it is time to split some hairs!

At worst, you have FIVE GUYS to FADE this week!

QUESTION(S) OF THE WEEK:

ANSWER(S) OF THE WEEK: