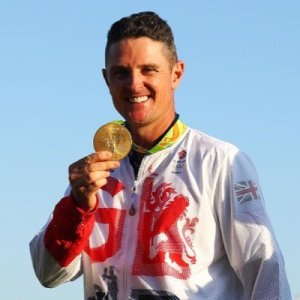 Busy weekend in the golfing world!

Ryan Moore’s final 46 holes were free of bogeys as he waltzed home for his fifth TOUR victory of his career. Moore doesn’t hit it crooked enough off the tee to get him into trouble and a wet course made his darts stick. After a 58 last week, and plenty of sub-62’s here in the past, I was surprised nobody bit off a super-low one. That might be more of a commentary on the strength of the field as well…

It’s going to sound like belly-aching, and well, it is, but Ryan Moore was my OAD LAST WEEK at the Travelers.

This does not please me.

Moore keeps up the “well, that’s not really surprising when you think about it” list of winners from the last seven years. If you’re scoring at home that’s three Strickers, two Spieths, a ZJ and a Harman. Harman is the only outlier here as he keeps up his ultra-bizarre streak never more than one top 10 finish at any event. That’s almost unbelievable. What’s the opposite of a course horse? A Harman? This won’t catch on but you get my drift.

Moore hits tons of fairways and can roll in putts. He’s not the sharpest from the fairway but he makes plenty of putts to capitalize when he does.  His wins have been in limited/opposite field events and his highest winning score has been 14-under. #Noted.

Patrick Rodgers: 74 on Friday killed three really other good rounds of 65-66-69. Gamers riding the wave of his T-3 last week will be bummed with T-27.

Hudson Swafford: 10 cuts made in a row but only one inside the top 20.

Limping in to the Wyndham Championship

Brendon de Jonge: Lives up the road in Charlotte but he’s MC 18 times in 29 starts.

Robert Allenby: Got arrested after MC at JDC. You can’t make it up.

These fellas are currently on the outside looking in: