Showed his class in  week one as he ran me out of town at The Open Championship!

Let’s see how we match up this week!

I’m flattered beyond words to have THE Ned Brown contributing his picks for the Yahoo! game for the foreseeable future!

For those of you who don’t know, Ned has been a MAYJAH PLAYAH in the world of Yahoo! and was a contributing writer at Rotoworld before, during and after my tenure there.

There’s not a friendlier, astute gamer out there and his opinion is highly regarded in our field.

He’s won a few “things” in his day playing fantasy golf and as I always say: More knowledge on display is better than less. 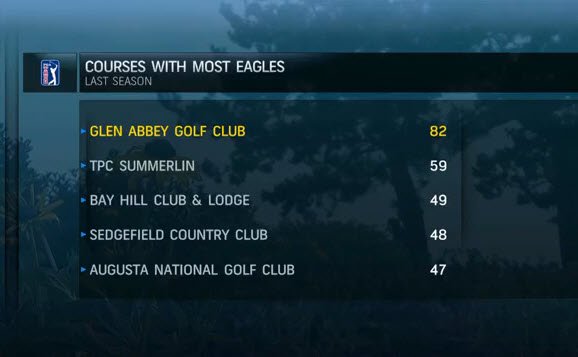 Couldn’t make it three in a row last week but another top 10 shows he’s still hot.

Didn’t do much to hinder his momentum with T-22 at The Open.

He’s the first guy I think of when I hear “Canadian Open”. He finished T-2 at Oakmont recently and always plays well at Glen Abbey.

He’s cooled off since summer has started but he always plays well here.

Looks like I was a week early on him as he played well on the weekend at The Open and won here in 2013.

I always like to put a Canadian on the roster for this event. He looked great last week closing at Barbasol with T-8.

He was one of the hottest players entering The Open but finished back in the pack. This is a great spot for him to bounce back.

With no Mickelson and a WHOPPING 12 pts (0 on Sunday) from Group C, I still moved up in the season-long game so the drop in the summer is palatable. I could have been greedier and just let Stenson roll all four rounds but I gambled with McIlroy on Saturday and lost 10 points. And a start. Woof. Hindsight is always 20-20, sadly.

I can’t stress enough that Yahoo! is a scoring game so find guys who have put up under-par rounds on this track and gobble up birdies/par fives. Starts remaining will always force your hand; I get that, but if you have big boys to burn, go on then!

Time to release the hounds! It wouldn’t surprise me if either or both sat out ONE Playoff event so I’ll be covered, almost, for the rest of the year. I won’t argue Harman to pair either of these guys as he went low here early last year. Finau can also get a look if Harman is too hot-and-cold.

Hard to leave Rahm out but the Argentine who opened with 64 here last year gets the nod. Summerhays and Garrigus if a deeper play is required make sense.