The second of four FEC Playoff events is played annually at TPC Boston.

Yep, that’s a clue this week!

Welcome to week two of the #FedExCup Playoffs and the @DellTechChamp. #pgatour pic.twitter.com/NeQwG8cSep

I’m hoping that Spieth decides to take the rest of the FEC Playoffs off as I’m out of starts!

We learned last week that there was a ton of class in the top 10.

Why should that change this week?

Drop the hammer and lean on a few that have been here, done that! 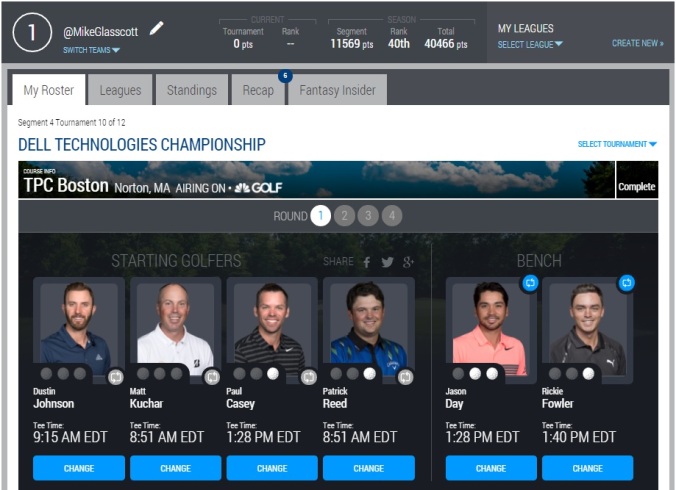