Like the Jefferson’s last week, I was movin’ on up!

This week playing defense might be more important than a good offense.

Tomorrow marks the start of official play as round 1 begins! Brush up on the tee-times and find your top pairing: https://t.co/CWlUKH5gsI pic.twitter.com/oGbTrywqGI

With scoring the only metric being used you had to find top players who did the business. Spieth was the easy one but there’s no doubt having Kuchar shot me up the leaderboard from 154 to 85.

Having all six make the cut was just gravy and it’s nice to be back inside the top 100 again.

Now, I gotta find a way to stay here!

The pros exhale this week on a track that should find a few more birdies than they circled last week at Royal Birkdale.

With only eight events left, managing starts is again a big deal this week.

I saved a start on DJ last week so he’s an easy first choice this week.

Check my preview here for others who need a look. 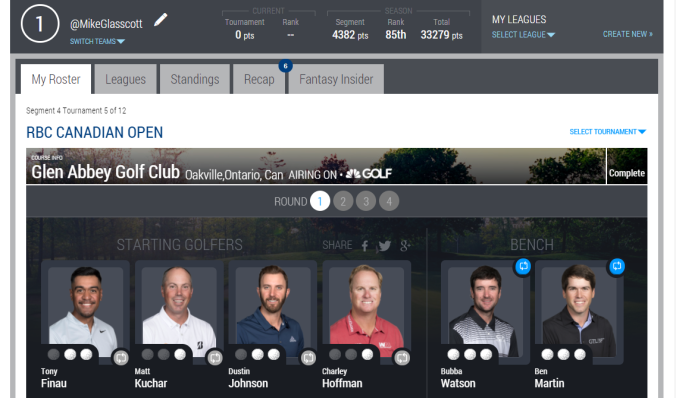