William McGirt made it three first-time winners in a row and four out of the last seven since Justin Rose in 2010.

Great to see our 2016 winner @WilliamMcGirt spending time with media & teeing it up at MVGC for the first time since winning #theMemorial. pic.twitter.com/FRluzniU2h

Another week that saw me drop a few more spots!

Member Ryan Palmer forgot how to play his home track on the weekend and luckily I had his 18 points in the lineup on Saturday.

I guess I should have rolled with Steve Stricker instead.

I’m looking for a bit of balance this week but the default is leaning on power players who take advantage of the par fives.

With three, first-time winners in the last three years and four in the last seven, don’t be surprised if you’re scratching your head on Sunday evening.

There is this week and two more left in the segment so FIRE, FIRE FIRE! 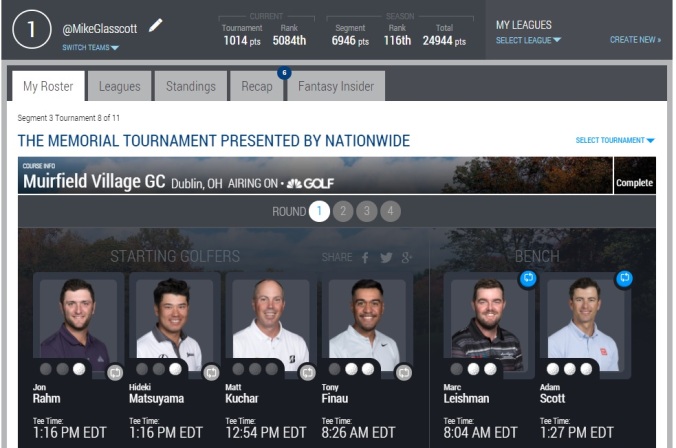 Lineup is subject to change if waves/weather are determined to be a problem.