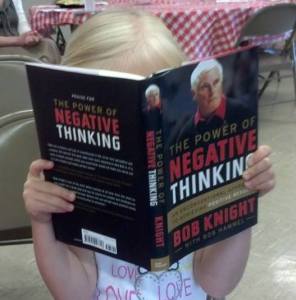 Time for a new book?

Not when the streak of three-in-a-row rhymes with Piss Butt.

Of the current OWGR top 30 or so, I have the following players remaining:

The internationals who don’t play on Tour probably will drop by the way unless Wood gets a go at Royal Troon. Based on what I have in front of him and that prize pool, there’s no reason for him to be the choice.

The good news is I have these players to choose from.

The bad news is I have these players to choose from.

With three majors, one WGC and four Playoff events left, there’s no need to keep the safety on.

Guys who aren’t playing well now (Snedeker, Haas, Furyk , Kisner & Rose (injured)) hopefully find form later in the summer. Guys like Day, Spieth, Reed will come down to which event you’ll believe them to be most comfortable. Remember, Day and Spieth both rake at East Lake. So does Furyk. And Rose. And Haas. And Snedeker. You’ll need just one of them at the end!

As of today, here’s the plan:

Justin Rose: Waiting to see his return after a back injury that kept him out of the BMW PGA at Wentworth and Memorial last week.

Let’s see who has already made the ultimate fantasy sacrifice already:

Man, Phil Mickelson is making TPC Southwind his playground. The weak field helps but the money in OAD still spends unlike the DOUGHNUT from Woodland

Verdict: Time to lay the trump card. Day gets the nod for two reasons: nobody repeats here and I’m looking for the winner because I’m so bad.

ANSWER OF THE WEEK: Because he’s mentioned multiple times since that career-best finish that he doesn’t care for any of it. The setup. The courses. The everything. His best finish is T-32 in the last five years with three MC. That’s why.